Answers for the quiz about The Forest (https://www.myforest.uk) 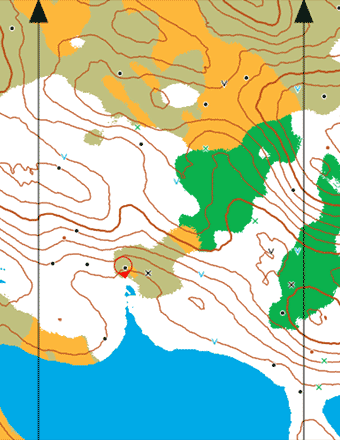 A very small part of the map 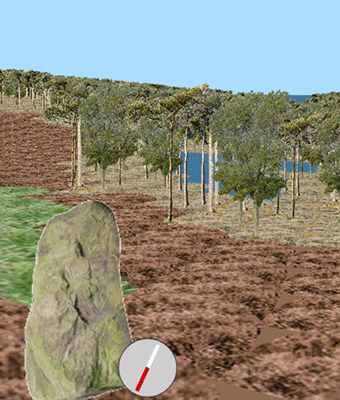 Part of the corresponding scene 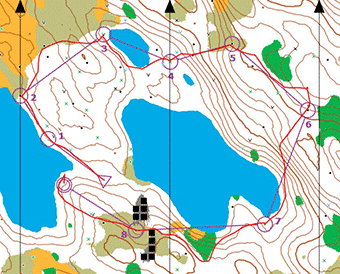 A route actually taken on the short easy course 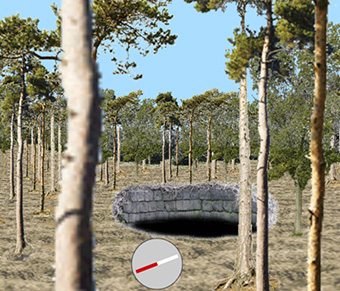 Non-orienteers can fall down into the mines

1. There are 9 mine shafts marked on the initial portion of map.

2. Grass, moorland and woodland can be seen within the initial visible range of 60 metres.

3. There are 2 boulders within the initial visible range.

4. The height above lake level of the highest point within the initial visible range is about 30 metres.

5. There is thicket at the spot 200 metres due east from the starting point.

6. From the starting point, the nearest man-made object is a scarecrow.


7. There are 8 buildings in the nearest built-up (paved) area.

8. (a) The visible range needs to be set to at least 300m in order for it reach the nearest built-up area.
(b) That does not enable the buildings to be seen because there are trees in the way.

9. South-east from the starting point, on the initial portion of map, there is a neck of land between two lakes.
(a) The terrain is mostly woodland, with moorland to the south.
(b) The only point feature in the wood is a man-made object. On the moor to the south there is a water hole, a rootstock and a boulder.
(c) The highest point on this neck is between 10 and 15 metres above lake level.

10. Just over 150m roughly due east from the starting point there is a mine shaft surrounded by a contour. This contour indicates a slight DIP in the ground.
We can tell this because the contour is not thickened like the next contour.

11. The initial portion of map shows parts of several lakes. These lakes do NOT contain any islands.

12. The significant object on the ground is a helicopter. It is not marked on the map because it could move.

14. On the northeast side of the lake in the previous question the ground slopes up very steeply. (a) We tell it is steep because the contours are very close together. (b) Part way up this hill there is a significant hollow, the centre of which is about 40 metres above lake level (up by 10 contours of 5m each and down 2).

16. The height difference between the southernmost and northernmost ends of the tracks can most easily be found by reference to nearby lakes (which we pointed out are all at the same level). The southern end is about 2.5 contours above a lake and the northern end is about 6.5 contours above the nearest lake. So there is a height gain from south to north of about 4 contours, or 20 metres.